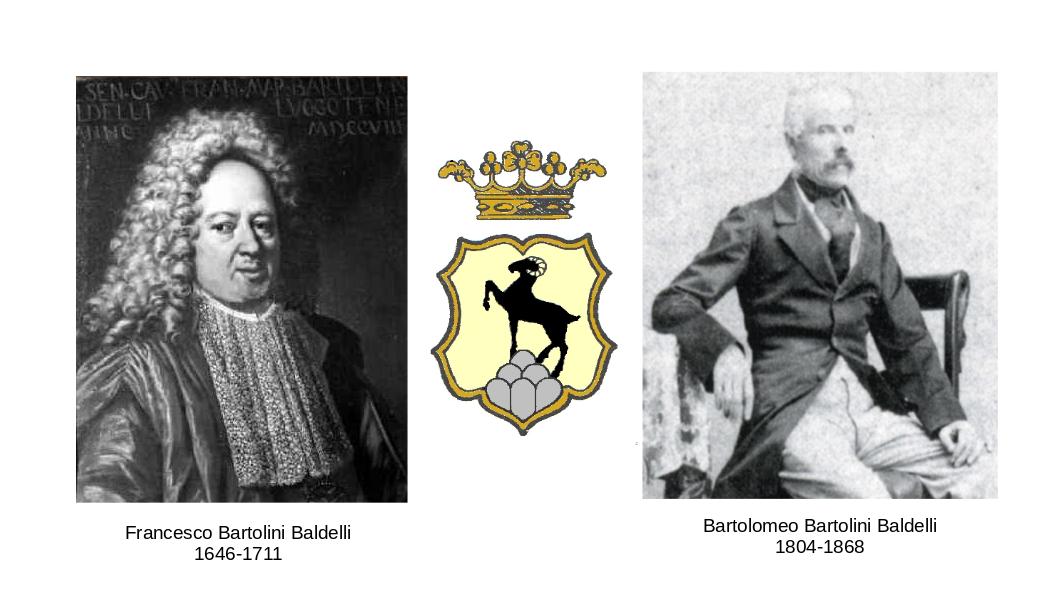 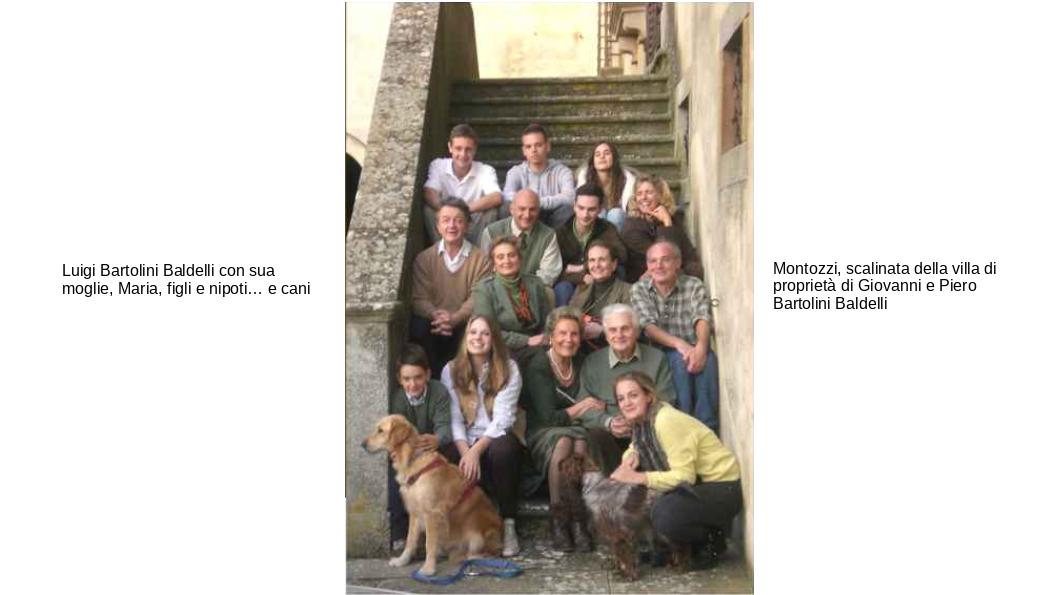 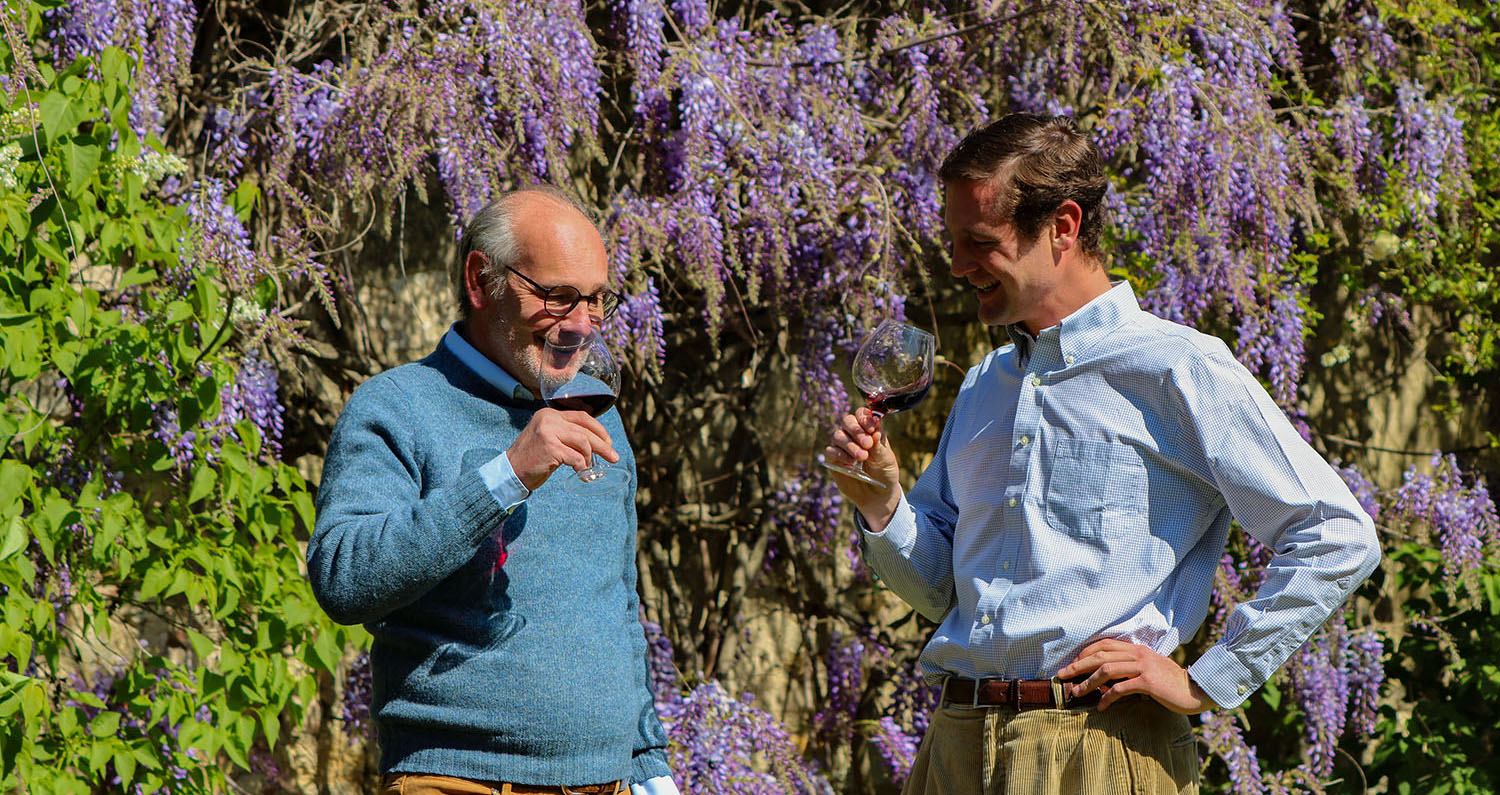 A brief history of our family

The Bartolini Baldelli family, originally living in Gubbio, in Umbria, since 1080, moved to Cortona (Arezzo) in Tuscany as early as the end of the XII century. Towards 1450, some members of this family moved to Florence where they were admitted to the Florentine citizenship.
In 1660, some other members from Cortona moved to Valdarno and here they built the villa in Castello di Montozzi, purchased by Canon Filippo di Francesco Bartolini in 1608. During the XVIII century, various members of the family were awarded the knighthood of St. Stephen and held important public positions in the Grand Ducal Court of de' Medici and of Lorena. In particular, Luigi di Anton Vincenzo (1745-1800), Knight of St. Stephen and Senator, was the personal advisor of the Grand Duke of Tuscany Pietro Leopoldo di Lorena, who was also the Emperor of the Holy Roman Empire and King of Hungary and Bohemia.
In 1857 Bartolommeo Bartolini Baldelli (1804-1868), Superintendent of the Royal House, was awarded the noble title of Marquis and was chosen by the Grand Duke of Tuscany Leopold II, as tutor to his son Ferdinand IV. His wife, Maddalena Stiozzi Ridolfi from Siena, was Lady-in-waiting to the Grand Duchess.
Bartolommeo was also chairman of the Committee called to choose the architectural design of the new façade for the church of Santa Croce in Florence. At the inauguration ceremony, Bortolommeo invited the Pope who placed the first stone of the church. Still today, the Bartolini Baldelli's palace, the historical residence of the family, is in Santa Croce.
It was again Bartolommeo who, around 1850, bought Fattoria di Bagnolo because he fell in love with its landscape and the beautiful XVI century villa, once belonged to Machiavelli.
Today the Bartolini Baldelli family manages several estates in Tuscany among which Fattoria di Bagnolo and Fattoria Castello di Montozzi, respecting tradition but especially in the continuous pursuit of quality of its products.
The renovation of these three estates, which began around the second half of 1900 by the Marquis Luigi Bartolini Baldelli with his wife Maria Marrucchi, continues today under the management of his son Marco, always assisted by his father and the whole family.
Together with farming, today the family has also developped a farm holiday activity in the farmhouses which were no longer used because abandoned by the paysants. Great impetus was given to the production of quality products including wines and extra virgin olive oil, selected for many years by leading food and wine guides and appreciated both nationally and internationally.